Today wrapped up the Florida Nursery Grower Landscape Association’s annual convention. Awards were presented, speeches were given, donations were made, and the new Board of Directors are now voted in.
President Ed Bravo selected the Hyatt Regency Coconut Point Resort in Bonita Springs as the host hotel and the surroundings were beautiful. 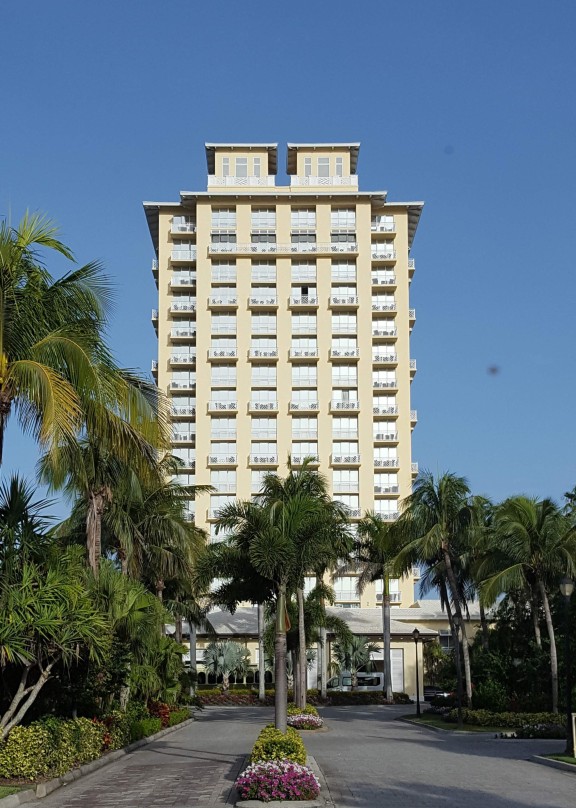 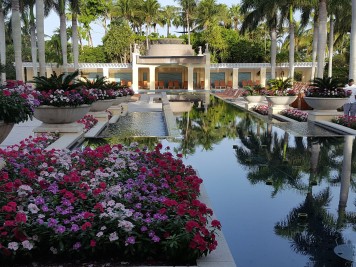 Sunrise, before the fountains turn on.

Huge paintings throughout the halls with water themes.

In the Biz Zone there were several companies promoting new products. Here is a dwarf St. Augustine called ‘Pro Vista’. 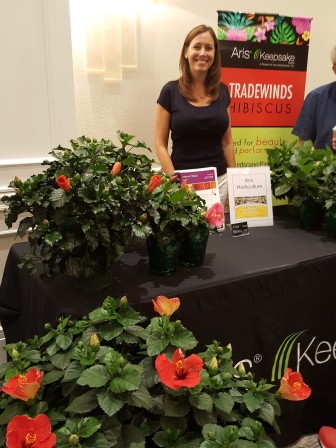 Dwarfed hibiscus grown by Aris in nearby Alva.

Too good to be real. I’m a little puzzled why this artificial turf had sprinklers.

Attendees filing in before the meeting.

Ed Bravo at his last meeting as President, along with Ben Bolusky, Executive Director, FNGLA.

Nice planters at the entrance.

iThere are no comments